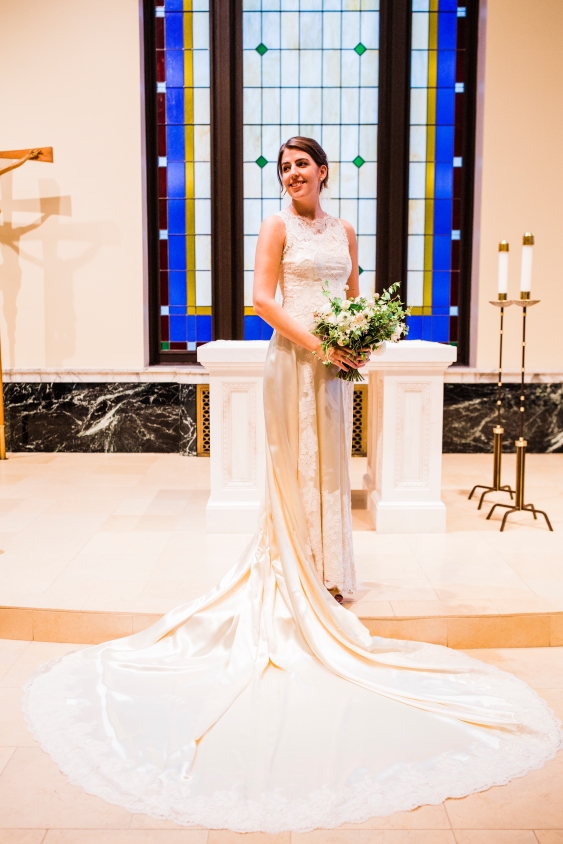 Recently I passed a milestone in the life of a father; I walked the younger of my two daughters down the aisle. As the day approached, I played up the stereotype of the father of the bride, bemoaning the expense of the wedding to friends at work, despite her remaining well within budget. One coworker told me that in India the bride’s family still pays a dowry which can be pretty large. I was told, although the practice is illegal, the families circumvent the law by calling it a gift. The entire discussion, however, reminded me of 15th century Florence’s Monte delle doti, the dowry fund.

The story begins nearly 100 years prior to the establishment of the fund when the European financial system collapsed. You see, Florence was the financial capital of Europe. If you needed money you went to the Florentine banks, which is exactly what King Edward III of England did when he needed money for his war against the French. As the war dragged on Edward’s debt grew.  Florentine banks realized they had loaned him too much money. They feared, however, refusing the King additional credit would cause him to retaliate by cutting off the exportation of much needed English wool. They also worried that if they did not continue the loans, they would never get back any of their money, totally ignoring the concept of sunk costs.

Unfortunately for the Florentines, the war Edward was financing was the Hundred Years War. Of course, no one knew at the outset that the Hundred Years War was going to last a hundred years. When it became clear Edward’s war with France was going to be a long one, both Edward and the banks realized the loans would never be paid back. Eventually, the king repudiated on his debts causing the Florentine banks to crash which in turn brought down the European economy.

This collapse created a real problem for the Florentines, they needed a way to pay for the city’s increasing debt. To resolve this problem, they rolled all the debt into a single funded debt called the Monte, mountain, for mountain of debt. They then sold shares of this debt to investors who received a fixed rate of return on their shares. Much like the bond market of today where the value of the bond is dependent on the prospects of the issuer, the value of the Florentine bonds fluctuated with the fortunes of the city. If Florence was prospering, the values of the shares went up. If the city wasn’t doing well, the values of the shares went down.

What does all this have to do with the Monte delle doti?

Every shopkeeper from the butcher, to the baker, to the candlestick maker who had some extra capital invested in the Monte. Suddenly, the well being of the city was a very practical matter; everyone had some skin in the game. Decisions were not based on theoretical political ideologies, but on what was really important for the well being of Florence. The Florentines developed a greater sense of community, they began to see that they could work together for the betterment of all. They realized that the collective, the secular government, could be a tool to solve social problems.

One such social problem Florence faced in the 14th and 15th  centuries was the practice of paying a dowry. When a daughter wed the dowry was a major determinant of the social class into which she would marry. Basically, if you paid a large dowry you could climb the social ladder on the shoulders of your daughter. Understand that your social status was much more than a matter of vanity, to which soiree one might be invited for example. Social standing affected the fortunes of the entire family, opening doors that might otherwise be closed.

There were problems, however, with this system. If you found yourself on hard financial times when your daughter was a marriageable age, you could find your family’s as well as your daughter’s entire future taking a turn for the worse. The situation becomes more of a quandary if you have more than one daughter. Do you have a dowry for one larger than the other? Do you have equal sized dowries possibly hurting your family’s social standing? How do you marry off your daughter(s) without destroying your family’s capital?

To solve this problem the Florentines created the Monte delle doti, the dowry fund. When a daughter was born you paid into the fund. After seven-and-a-half years you would receive a 12.99% nominal return and 11.99% after fifteen years. If the daughter should die before she married, the father would receive the initial investment with no interest. With up to a third of children dying before the age of five and another 15% passing away before adulthood, the fund was self-financing. Now, fathers had a way to provide for their daughters without bankrupting the family.

The Monte delle doti demonstrates a very important aspect of Italian culture which is its sense of community. Where in the United States there is a strong sense of individualism, the stalwart plainsman independent of societal constraints, Italians recognize that they are part of a community, a community where individuals cooperate for the common good. You see it demonstrated throughout Italian history, from the Renaissance to the Risorgimento, to the modern day. Italians see themselves as part of one extended family that ties them closely to their cultural heritage. This sense of joint cooperation as demonstrated by the Monte delle doti is one of the core aspects of Italianità: The Essence of Being Italian.